Written by Dr. Beau B Hightower

Almost daily, people ask fitness professionals about the latest and greatest dietary sports supplements that claim to enhance physical performance. Although it is outside the scope of practice of personal trainers and fitness instructors to ever recommend a particular ergogenic aid to anyone, clients want to know if these products produce the results promised in the ads. There is no denying that dietary supplement use is widespread, especially among professional and recreational athletes.

Many commercials and ads for supplements make claims to have clinical trials. The first point to make in this article is that a clinical study DOES NOT mean that the guidelines of evidence based research have been applied to the study and DOES NOT mean that the research has been published in any meaningful research journal. The word clinic carries cultural weight because it sounds “medical” but terms like “clinical strength” and “clinical studies” are nothing more than buzzwords to try to get the viewer to view it as legitimate and thus buy the item.

So let’s look at 5 sports supplements that have plenty of ACTUAL research on them!

Thumbs Up and Thumbs Down will be given based on the amount of research proving the supplement works. Creatine is by far one of the most popular strength supplements. Creatine is synthesized from amino acids in the liver, pancreas and kidneys at a rate of 1g per day (g/dy). Creatine is naturally found in meat and fish. Skeletal muscle holds 95% of the 120–140 g creatine found in the body. In the muscle, creatine is converted into phosphocreatine, necessary for production of  ATP, which is the main source of energy in the muscle (McArdle, Katch & Katch 1999).

Phosphocreatine is the major source of muscle energy during any exercise bout lasting 2–30 seconds. Because of this creatine is not beneficial for endurance athletes.  Phosphocreatine is the limiting source of energy in strength training, when you run out, you run out of energy. Therefore, it is thought that if more phosphocreatine is available via creatine supplementation, there will be a faster recovery of ATP, thus improving high-power activity. Scientific studies have consistently demonstrated the efficacy of creatine supplementation for increasing muscular strength, power output and body mass during short, repeated bouts of maximal exercise in healthy, untrained young adults (Bemben & Lamont 2005; Greenwood et al. 2000; Schoch,Willoughby & Greenwood 2002).

What does this mean? It means creatine works.

However, it only works for strength and explosiveness. The stronger you get, the larger your muscles grow. Rumors of potential kidney problems have been passed around local gyms, however there is no research currently that suggests any significant negative side effects. Caffeine is one of the most widely consumed drugs in the world. Because it is cheap, medically safe, and socially acceptable, it has become a popular performance aid for athletes (Antonio 2004). It has even been removed from the IOC banned substance list which means Olympians can use it as well. Caffeine works as a central-nervous-system stimulant and a muscle relaxant. The theory of why it works seems to be that it increases the amount of free floating fatty acids in the blood, allowing more energy availability.

A large amount of scientific research  suggests that caffeine is an effective supplement for increasing endurance, exercise performance, anaerobic performance as well as muscle strength (Beck et al. 2006). One study found that caffeine had a positive impact on the performance of male distance runners: the group of caffeine drinkers who consumed 1.4 milligrams (mg) of caffeine per pound of body weight showed a 1.2% improvement in an 8K race (Birnbaum & Herbst 2004).

Caffeine is an effective supplement for increasing upper-body strength and could be used by elite athletes for competition or by recreational athletes for resistance training. Caffeine can cause insomnia, nervousness and restlessness, stomach irritation, nausea and vomiting, increased heart rate and respiration, and other side effects.  It is unsuitable for growing children or adolescents especially and can be habit forming.

Caffeine does work, but the body becomes tolerant very quickly so if you wish to see improvements, it would be helpful to limit caffeine intake frequency. Also, make sure to try caffeine situationally before trying to use it in a big event. The effects of the stimulants can be too much for the person to handle or they can mentally fatigue from over-excitement leading to “peaking too early”.

Check out these products that contain copious amounts of caffeine Carnitine is another popular supplement used by athletes even though it’s popularity has waned in recent years.  Manufacturers of these supplements claim that carnitine supplements can decrease muscle pain and increase weight loss, endurance, cardiovascular function and strength. Carnitine plays a critical role in energy production; it transports long-chain fatty acids into the mitochondrial cells so they can be burned to produce energy.

Approximately 95% of the body’s carnitine stores are in the skeletal and cardiac muscle (Fragakis 2003).  The theory states that since it transports more fatty acid into the cell, the more you have available, the more energy should be available. We now think that this theory fails to reach saturation levels, meaning that your body can only utilize so much carnitine at a time, so supplemental carnitine is not utilized and is excreted from the body.  Healthy adults and children do not need to consume carnitine from food or supplements, because the liver and kidneys produce sufficient amounts from the amino acids lysine and methionine to meet their daily needs.

While many athletes continue to report improvements, it is likely due to placebo as there is no consistent evidence that carnitine supplements can enhance exercise or physical performance in healthy subjects.

Recent studies have found  benefits in recovery from resistance exercise when carnitine is taken at a dose of 1–2 g/dy (Spiering et al. 2007). There is no evidence that suggests that carnitine poses any danger when taken in appropriate doses.

Although not given a thumbs up, you can find Carnitine supplements here

Glutamine is a nonessential amino acid, meaning that it can be produced in the body. The reason why Glutamine is used a strength supplement  comes from a study that found that this AA effectively counteracted protein synthesis decline and muscle wasting from repeated use of glucocorticoids (McArdle,Katch & Katch 1999). Glutamine is the most abundant AA in the plasma and skeletal muscle.

When the body is stressed, the need for Glutamine can exceed the amount available. Because of this, many in the industry  beganto theorize that supplemental glutamine may help with recovery from the stress of exercise. However, research on glutamine supplementation has not yielded convincing evidence that this product provides any ergogenic effect. What does this mean? This means that the jury is still out, and once again a beautiful theory is made, but science is still waiting.  More than likely, a proper diet should supply enough Glutamine, and if one is supplementing with protein powders or bars, then they would almost certainly be supplying their body with ample nutrients.

Individuals who are prone to kidney stones or at risk for kidney disease should consult their physician prior to increasing the amount of protein in their diet.

Doctor’s Decision: Thumbs Down (although protein supplementation can be helpful) Arginine is a non-essential amino acid involved in the synthesis of urea in the liver. During periods of growth, the body may need more arginine than is available because arginine is thought to stimulate the secretion of anabolic hormones, such as human growth hormone (HGH) and insulin (Fragakis 2003). Becuase of it’s role in HGH levels, arginine may possibly enhance muscle building.

At this time, it remains unclear whether arginine supplementation has any true benefit because studies have been limited.

However, some studies have shown that arginine may hold promise for wound healing, and for improving cardiovascular health in patients with heart disease. It has been shown in studies that Arginine increases vasodilation temporarily. Once again, there is limited research but the jury is still out.

Check out L-Arginine prices on Bodybuilding.com

Doctor’s Decision: Thumbs Down (although theoretically the risk to benefit ratio appears to be favorable)

Disclaimer: This article is for educational purposes only. If you have a medical condition, it is prudent that you seek medical evaluation by a properly qualified and licensed practitioner. 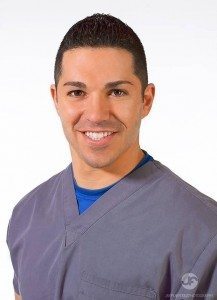 Dr. Beau Hightower is a former collegiate athlete and avid fight fan. He serves as the President of Elite Ortho-Therapy and Sports Medicine LLC, the premier sports injury resolution center in New Mexico.

He is an instructor of bio-mechanics and kinesiology at Southwest University of Naprapathic Medicine and the team doctor for Jackson/Winklejohn MMA in Albuquerque, New Mexico.

Dr. Beau B Hightower earned the first of three Bachelor of Science degrees in Biology from the University of New Mexico. Subsequent Bachelor of Science degrees in Anatomy, followed by Health and Wellness were earned. Dr. Hightower graduated with honors from Parker University where he earned his DC degree. His Sports Medicine Residency was completed in Bogota, Colombia where he treated the country's Olympic athletes at the Coldeportes training facility. ﻿ ﻿Dr. Hightower graduated with the highest honors from California University with a Masters degree in Rehabilitation Sciences. He possesses over 400 hours of post-doctoral education in physical rehabilitation and functional neurology. ​ Dr. Hightower has been recognized as a Certified Strength and Conditioning Specialist by the Commission of the National Strength and Conditioning Association. Continuing his post-graduate education, "Dr. H"has also been recognized by The National Academy of Sports Medicine as a Corrective Exercise Specialist. ﻿ "Dr. H" has successfully treated NFL players, major league baseball players, national champion NCAA wrestlers, champion UFC fighters, Ironman triathletes, elite marathon runners, Olympic athletes, and IFBB professional bodybuilders. ﻿ He is a member of several “high IQ” organizations such as Mensa, Intertel, and the Top One Percent Society. ﻿ Dr. Hightower is vocal in the support of his alma mater at the University of New Mexico and Parker University. He serves as a board member for the Parker University Alumni Association and is a member of the University of New Mexico Alumni Letterman's Association. KNUXX IN THE CORNER WITH THE RING DOC: Jon Jones’ latest title defense and the science behind the arm bar